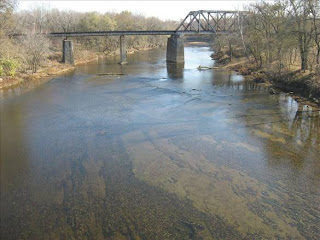 With the plentiful rainfall this summer, Bardstown’s source of water, Sympson Lake, has been overflowing. But such was not the case last summer and the summer before, when dry weather had some wondering if the city’s water supply was sufficient.

To prepare for future droughts and to meet the demand for water in a growing community, the city has hired engineering firm Kenvirons to do a feasibility study on drawing water from Salt River near the Bullitt County-Spencer County line and pumping it to North Bardstown.

Bardstown City Council recently agreed to pay a $212,000 stream mitigation fee to the U.S. Army Corps of Engineers for harm the Corps believes will come to a stream during expansion of the water treatment plant. The Council, therefore, is conscious of possibly having to pay for any environmental impact perceived to result from a new source of water, Mayor Dick Heaton said. A reservoir or dam could be financially impractical because of fees that might be incurred, he said.

The Salt River study will be compared to previous studies on alternative sources of water to see which is the most feasible, City Engineer Larry Hamilton said. Sympson Lake is adequate at this point, but the city needs to plan for growth, he said.

The study will cost $21,000. The Corps of Engineers will have to review it, which will cost an additional $20,000. Congressman Brett Guthrie helped the city secure a grant to cover the Corps fee, Heaton said.