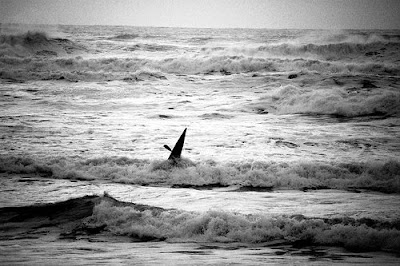 This weekend the largest swell so far this winter hit the Oregon Coast. Sidelined by an injury, I trekked to Cape Meares with my roommate Mike to check out the scene.
The waves were mushy, disorganized, and huge. They just kept coming. Just standing on the beach I was intimidated. There’s something about the vast enormity of these waves that hits me in the chest. Watching Mike charge out in his 15+ year-old Perception Saber was a humbling experience. He got throttled several times, called it quits as the sun set and came out of the water with a huge grin on his face.
read more